Video games improve communication, adaptibility and critical thinking – just the attributes that employers are looking for.

In recent years, Boris Johnson has excelled at making ignorant pronouncements and illiterate blunders. From offensive remarks on burqas to reciting Kipling in Myanmar and his ludicrous statements on Brexit, Johnson has perfected the art of getting it wrong. It feels like he’s managed to offend just about everyone. For video game educators like myself, that moment arrived way back in 2006, when Johnson attacked video games as a learning tool.

“They [young people] become like blinking lizards, motionless, absorbed, only the twitching of their hands showing they are still conscious,” he wrote. “These machines teach them nothing. They stimulate no ratiocination, discovery or feat of memory – though some of them may cunningly pretend to be educational.” 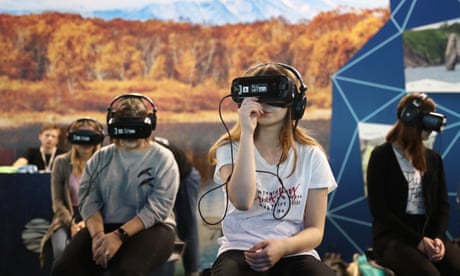 Johnson was speaking from an entirely unenlightened position, of course, but his views are not uncommon. While the last decade has seen an explosion of educational games and apps aimed at school-age children, the uptake of game-based learning at university level has been less prolific.

This disparity is undoubtedly related to how complex university-level education is. There’s no need to teach basic literacy and numeracy through simple, colourful game-based experiences. A higher education graduate should possess not only a robust understanding of their chosen discipline but also a range of skills and competencies that equip them for 21st-century employment. Yet something is going wrong when employers regularly bemoan the lack of employability skills among graduates.

How could video games – which supposedly “stimulate no ratiocination” – possibly develop such skills? Commercial video games are designed for entertainment, not education, but still require players to exercise a range of essential competencies including communication skills, resourcefulness, adaptability and critical thinking.

This is not a new idea. Scholars including James Paul Gee, Constance Steinkuehler and Kurt Squire have suggested that much of the pleasure we gain from playing video games is derived from the joy of learning. Such advocates of game-based learning argue that games are complex systems which players must work hard to understand. They must communicate with one another if they are to coordinate their strategies in multiplayer games, exercise critical thinking to solve puzzles, and adapt to the ever-changing circumstances that games present.

The problem is that there’s a relative lack of empirical evidence for using video games in higher education. Are these ideas and intuitions well founded?

To answer this question, I conducted a study that sought to put games to the test. We assigned undergraduate students to one of two groups: one played games together for two hours per week, the other did not. Both groups had to self-report on measures of communication resourcefulness and adaptability.

While the majority of games selected for the study were multiplayer, emphasising teamwork and collaboration, the variety of eight games was intended to exercise participants’ adaptability. A game like Papers, Please, for example, requires an entirely different skill set to that demanded by the team-based mayhem of a title such as Team Fortress 2.

This suggests that video games may have a role to play in universities, and can offer an engaging and low-cost way of developing graduate skills. If we encourage students to join university sports teams to gain useful experience, then why not include video games in the list of worthwhile extra-curricular activities? Certainly, the possibility is worth exploring.